In 2007 i finished my bachelors degree in marketing, but things were looking a lot different then than it is now. Hashtag was one of the new English words and terms!

For someone just out of school it was near impossible to get a marketing job, so I took a different path, one I’ve never regretted, one that led me to technology.

Smart phones were becoming a thing, not something you didn’t care to much about as a marketer. This post about Phones in 2007 in review made me smile! Which phone did you have in 2007?

In 2007 online retail sales were $175 Billion. Buying online hadn’t taken off so it was something to watch out for in 2007, but nothing you had to focus a lot on as a marketeer.

2007 is the year after Twitter is launched, and Facebooks news feed. It’s also 3 years before Instagram, and 4 years before Snapchat and Google+ (rip) is launched. Facebook reaches one million active users in UK.

Very few people had ever hear about inbound marketing in 2007, even though it saw the light in 2005.

There were some systems in 2007 on automation, but they were often expensive and massive.

We are just done with 2019 and it’s quite a different view of the world. I have now worked since 2007 and moved to a job in technology, where I’ve worked as a consultant since 2014. When I started as a consultant I saw the possibility to work with marketing through helping customers setting up ClickDimensions. I’ve used ClickDimensions since 2014 and love the system. The first time Microsoft tried to take the marketing sphere it was with Microsoft Dynamics Marketing (not to be confused with Microsoft Dynamics 365 Marketing)

Now there are so many phones and we do everything on our phone.

Top 10 Mobile Statistics for 2020 from Asad Butt from Quoracreatice.

In 2019 you first had to focus on mobile strategy and desktop second, if you weren’t thinking about mobile you probably should for 2020!

In June 2019 4,536 millions or 58,5% of the world have access to the internet. There are so few reasons to not think about marketing online.

“Everyone” is on Social Media now.

Now “everyone” use inbound marketing. Haven’t heard of it? Read all about it!

“Every” vendor has a marketing automation system. In a world where time is money you need to automate your marketing to save time and get everything done. The good news is that there are now several systems that will help you do this.

The rise of the internet has made the world a much smaller place. And I still love marketing even if it has changed quite a bit since 2007. I have tried to stay up to date on the trends on marketing, I even had a try when Microsoft first released their Microsoft Dynamics Marketing (the one that died in 2018, not to be confused with Microsoft Dynamics 365 Marketing the new one), and I’ve been working with marketing for my old company as well as helping customers with their marketing with ClickDimensions.

I think that the new Marketing solution from Microsoft is becoming a real competitor for ClickDimensions and it’s now time for me to start digging – join me in this road!

I have worked with different CRM systems for almost 10 years, and worked as a consultant with Dynamics CRM for 4 years. Since march 2018 I have worked with Microsoft's new HR system, Dynamics 365 for Talent, and gained unique insight in the system and various HR processes. In august 2018 I was the second in the world to pass the MB6-898 Dynamics 365 for Talent certification. View all posts by Malin Martnes

1 thought on “Why blog about Dynamics 365 Marketing?”

This site uses Akismet to reduce spam. Learn how your comment data is processed. 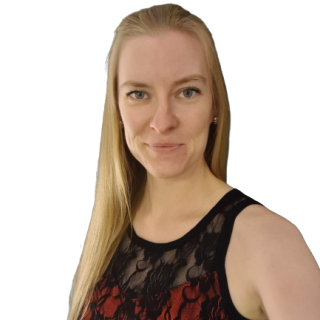